What I Learned Wednesday

1. I have learned that Patrick Willis is out for the season because of his toe injury... Gah! They said he was only going to be out for a few weeks. And? It doesn't seem like Navaro Bowman is coming back anytime soon either. If this is their year... they are going to have to dig deep. 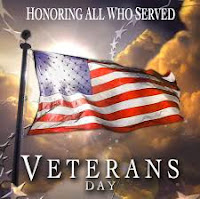 2. I have learned that U.S. War Veterans are honored on the 11th day of the 11th month during the 11th hour in reference to the end of World War I, which ended at 11:00am on November 11th, 1918. It was originally known as Armistice Day but has evolved over time to encompass recognizing all Military War Veterans.

3. I have learned that the sound my sandals/flip flops make on our floor irritates my oldest son. Of course, he doesn't like the sound his dad makes while he is eating or the sound his brother makes when he eats... so, I think he might be prone to an affliction called misophonia. The extreme to this affliction is that the noises cause rage. I'm not saying he has it, just that he is prone to it.

4. I have learned that the next Mayor of San Jose will be Sam Licardo. He takes office in January from long time mayor Chuck Reed.

5. I have learned that the very first high heels were made for soldiers in the 1500s who needed a way to keep their feet snugly tucked into their stirrups while riding on horseback.

6. I have learned that the Seattle Seahawks water down the beer they sell to their fans... LOL!

7. I have learned that your foot is the same size as the distance between your wrist and elbow.

8. I have learned that this sounds absurd and that you most likely just stuck your foot between you elbow and wrist to measure. Mine fit perfectly... did yours?